In Search of the Real Santa Claus

I feel a reprint of this historical truth about the Christian man whom our fictitious Santa Claus is based, bears another read. Therefore I am reprinting an article by Dr. Stephen Swisher to “refresh” everybody who Santa Claus was, and what made Him the figure everyone loves today.

At this time of hustle and bustle, most people are caught up in the hectic ”business” of this season, and are mostly irritable, short, and usually curt towards his fellowman. Even for those to whom Christ is no longer the center for this Holiday, the figure Santa Claus has lost his original message.

No longer are people concerned about their neighbor, or fulfilling the second commandment of Jesus Christ which is “to love ones’ neighbor as himself,” but rather about themselves, and “give me, give me, or “What do I get….” 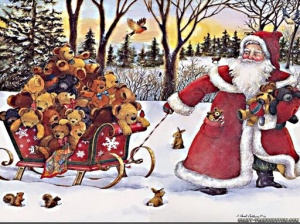 In Search of the Real Santa Claus
by: Dr. Stephen Lowell Swisher

CHRISTIANS CONTINUE TO DEBATE whether to teach their children about Santa Claus. But the story behind the real Santa Claus should leave no doubt as to the wisdom of teaching our children about him. It’s a revealing story that I believe should be shared. | The roots of “Santa Claus” are found in the Middle East in Turkey. Ancient Christian writings indicate that Nicholas of Myra, the person we know as Santa, actually was a man of short stature, about 5 feet tall and slight; there was no “bowl full of jelly” for his belly.

He was a cardinal in the early Church, and although he was not round like “our” Santa Claus, he did wear flowing red robes and sport a full, white beard. But what made Nicholas a model for the Christmas icon of goodwill and cheer was not his appearance. It was his compassion and seemingly limitless generosity that inspired a legend known around the world.

Nicholas’ parents were committed to their faith in deeds, not just words. They gave to missionary work and helped feed the poor. They also took Nicholas to church and enrolled him in theology and history classes where he learned to fully embrace the two greatest commandments in the Bible: to love God with all your heart (Matthew 22:37) and to love your neighbor as yourself (verse 39). These verses had a profound impact on Nicholas. But the act that truly distinguished him began with the failure of a family friend’s business. The man and his three daughters had lost everything. In desperation, the man negotiated with local brothel owners to sell his oldest daughter into slavery to provide for the younger two.

When Nicholas learned of this, he sprang into action. The night before the girl was to be sold; Nicholas went to their home, waited for the lights to go out and tossed a bag of gold through an open window, vanishing before he could be seen. This random act of kindness was not to be a one-time act of charity.

The money lasted the family a year. When it ran out Nicholas returned with another bag of gold, but this time the father caught him. Wiping away tears the man asked Nicholas, “Why did you give us these gifts?”

“Because you needed them.”

“But why didn’t you let us know who you were?”

“Because it’s good to give when only God knows about it.”

That answer would become the foundation for the legend still celebrated today.

In his mid-teens, Nicholas faced tragedy when both his parents died, probably from the plague. The uncle he had been named after was a priest, and took charge of caring for him. As the two prayed for under-standing, Nicholas sensed an urgency to live out the lessons his parents had taught him. He felt the best way to honor them was to take his inheritance, cash it into gold coins and give it to the poorest families in the region. Satisfied that his act paid tribute to his parents, as well as his Lord Jesus, he then committed himself to study. Nicholas entered the priesthood before he was 20. The once wealthy young man now endured the trials of a young priest in a culture of corruption.

Under emperors Diocletian and Maximian, Christians were hunted and persecuted for 10 long years. Those who would not abandon their faith were often tortured or executed. As a church leader, Nicholas was jailed often. During those times, he would share the gospel with fellow prisoners and even prison guards.

Taking inspiration from the letters of the Apostle Paul, Nicholas encouraged those outside the walls to pray, support the work of faith and look to the Lord for strength. Soon after his release from prison, he was elected Bishop of Myra. He oversaw a period of rebuilding: feeding the poor, locating shelters for the homeless and finding families for those orphaned during the persecution.

Because of his gentleness, compassion and love, and the fact that he always carried a bag filled with candy and gifts whenever he ventured out in public, scores of children followed him around. Due to Nicholas’ status with local citizens, Roman officials often sought his advice in matters of state. The influence he gained allowed him to work for the underprivileged and powerless, and in so doing he rose to the position of cardinal.

Yet what ultimately made him a legend was his love of children. As he grew older, he used more and more of his funds to purchase gifts for children. Giving toys or candy to little ones, Nicholas told stories of Jesus and the gift He had given through His death on the cross and subsequent resurrection. Then Nicholas would add, “Jesus loves little children, and He loves you.” Through these gifts, many began to understand the full measure of their salvation. Nicholas’ acts of service were so great that when he died, others picked up where he left off. Over time, the legend of Nicholas of Myra grew, and hundreds of churches were named after him.

St. Nicholas inspired the tradition of Santa Claus by his commitment to help others and leave the world a better place than he found it. He would be pleased to see the joy on the faces of children all around the globe at Christmastime, that his lessons of giving are still being taught and that children are made to feel especially loved on the day celebrating the birth of Jesus Christ.

Let’s tell his story and make it our own, so the true meaning of Christmas: love, peace, faith, joy, giving is expressed as we honor the Prince of all of those things; the Lord Jesus Christ. VICTORY!

Dr. Stephen Lowell Swisher holds bachelor’s, master’s and doctorate degrees from New Mexico State University and United Theological Seminary. He served as senior pastor for more than 15 years in churches ranging in size from 100 to over 6,000 members. In 2004, he was named one of the 10 Outstanding Young Americans by the U.S. Jaycees. He is married to Kellie Copeland Swisher and they have four children with the fifth expected in January 2011. [End of the article…]

The original article can be found in December’s 2010 issue of The Believer’s Voice of Victory, has been reprinted with permission from Kenneth Copeland.] 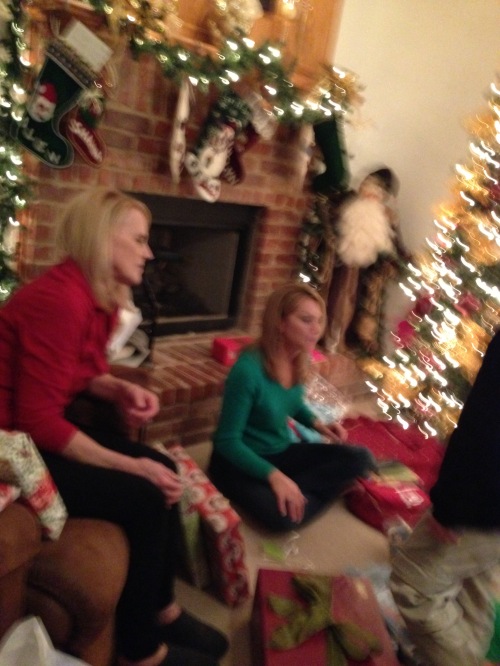